The history of sport knows many surprising and unexpected results when the team with the more prominent name has lost to a reckless newcomer. Manchester United’s recent 1-4 Watford defeat in the English Premier League or Tottenham’s 1-2 FC Mura defeat in the UEFA Europa Conference League are proof of that. Everyone who used bonuses at bookmaker ratings and bet on the winners in these matches maximised their profits, though it wasn’t easy to predict the results.

There are many variables to consider beforehand to determine the winner of a match, be it leading players injuries, their fitness or where the game will be played (home or away). In the case of the two English clubs mentioned above, the coaching aspect is essential.

Antonio Conte has only recently arrived in London. He is a coach who needs pre-season preparation. During this period, he gives the team all the tactical details necessary for the course of the season. Perhaps Tottenham’s game will improve after the short winter break following Boxing Day.

Manchester United has the opposite situation, and the match against Watford was the last one for Ole Gunnar Solskjær. Despite a great squad and a big name, the team has already struggled to pick up points in the Premier League and have been saved in the last minutes in the Champions League games.

A piece of advice for fans

Any fan of a big team might think at this point that it’s a great way to make money from knowing so much about your favourite club. Unfortunately, this rarely works, as the emotional component often leads to a rejection of rational solutions. It’s that case where the fan is full of confidence that, contrary to statistics and common sense, they say to themself: “we’ll definitely win the derby this time!”.

If you’re not good at statistics

The internet gives anyone full access to tutorials, videos, fan blogs and any other way to research the information you need that suits you personally. This advice is equally applicable to any issue, including misunderstanding new rules, technology, or FIFA/UEFA decisions. Using advanced stats, the latest news and any up-to-date information give an advantage over those who don’t profit from such publicly available perks.

What to focus on

It is important not to split your attention between several different sports but to be as involved in one as possible. Such behaviour will allow you to accurately and correctly analyse the incoming information and make the right choice when deciding who will be the favourite for the next match.

Also, keeping an eye on many leagues in different countries to ensure your decisions is not an easy task in itself. It is necessary to know the strength of the opponents in the European competitions (Champions’ League, Uefa Cup) and estimate the potential moves. Transfers of players may significantly influence the balance of power in one direction or another.

Before choosing one team or the other, make sure you analyse both sides: whether all the strongest players will be available for the match or not. Read the teams’ news, and there might be hints for tactics from the coaches. A draw may suit one of the teams, and they won’t go to the attack. Also, pay attention to the last five or seven matches between the two clubs. This info will clearly show the state in which they are both.

Are RealTime Gaming Slots Legal in the UK?

What are Online Slots With Free Spins? 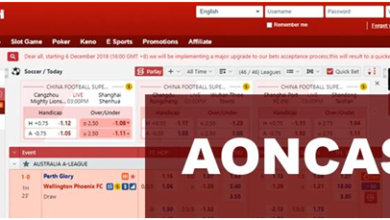 Battlefield 2042 Hacks – An amazing way to win all games