As the iGaming industry spreads globally like wildfire, from the US and UK to South Africa and Australia, it seems like a good idea to evaluate India’s role in the sector’s success. With around 1.3 billion people to market to and more disposable income thanks to a low unemployment rate, as reported by INR, the nation is a valuable target for most markets. As it happens, iGaming is no different due to the following reasons.

The Inevitable Impact of Smartphone Users

Smartphone owners have been at the forefront of the industry’s rise in fortunes for around a decade. With 63% of the global population owning a mobile device, and around 50% having access to a smartphone, bookmakers, online casinos and game developers transitioned to a new strategy that centered on playing from anywhere in the world at any time. It has worked as the market is worth billions of dollars today.

India is a region where smartphone and internet usage has yet to peak, which is bizarre because there are presently around 800 million smartphone users and 700 million internet users. Still, the country has a long way to go before it fulfills its huge potential. In this Business Standard article, for instance, the penetration rate of smartphones in India will be 96% by 2040.

From a gambling perspective, it offers the sector an opportunity to expand by investing in a market with massive potential. Although the industry is in its infancy, it accounts for 15% of global betting traffic as 80% of Indians report gambling at least once a year.

There’s no doubt these figures will skyrocket now that India is adding as many as 25 million new smartphone users quarterly, according to the Economic Times, especially when you recognize that web and mobile apps are dominated by gambling operators.

A population of 1.3 million is appealing to iGaming companies for several reasons. However, one that stands out in the case of India is the makeup of its people: citizens are living longer, yet due to soaring birth rates, the demographic of citizens and residents is overall younger than at any point in the nation’s history.

To put it into perspective, 65% of the population is under 35-years-old, making it the perfect audience for iGaming. When you think about it from this viewpoint, it’s easy to see why the iGaming sector is projected to be 40% larger by 2024.

Not only do young adults have more liberal attitudes, but they grow up with activities that older generations shunned. Gambling is one of them, hence why so many Indians place bets online, and why there are so many operators offering their services in India.

The last point is important since US and European providers can target a plethora of audiences, yet they are homing in on the sub-continent thanks to the number of men and women who like to bet. Of course, India’s love of sports ensures the demand for verticals remains very high because gambling on live matches improves the experience, particularly for men.

While soccer, hockey, and basketball games are broadcast in India, cricket is the undisputed king, so much so that regular contests attract a large viewer base, leading to platforms adding extra markets. As this Bet365 review for India highlights, a One-Day International between the UAE and Ireland demands a total of 13 markets, with the figure increasing to 33 for any IPL game, and 40 for a Test Match between India and a top nation such as Australia.

The demand, which stems from the way the population is changing, attracts a global digital brand like Bet365 because it cannot afford to miss out on the action. The more the Indian sector does with all sportsbooks and online casino games, the more market-leading brands will go live, ensuring the area fulfills its iGaming potential.

The question shouldn’t be, “does India have the potential to become a superpower?” It should be, “when will it be the leading iGaming industry in the world?” Currently, everything suggests the nation is a juggernaut that can’t be stopped. 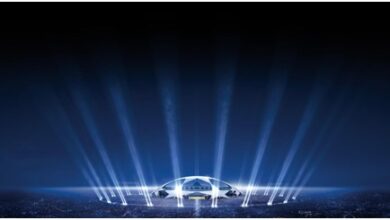 How to pick a winning team in betting

Possible business lessons to be picked up at gambling arenas

How to learn gambling in an authentic way? Our guides will help you 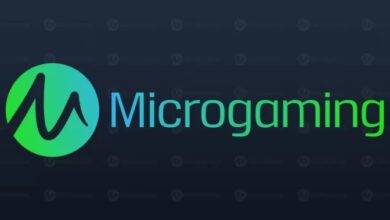