Drug testing is fairly common among larger companies in the United States. Employers know that operating a drug-free workplace discourages drug abusers from applying for jobs with their companies. The U.S. government advocates employee drug testing and, in fact, requires all employers of the safety-sensitive workforce to submit to pre-employment drug testing. In addition, all safety-sensitive employees are entered into a name pool from which random drug test candidates are drawn on a regularly scheduled basis.

Companies operating a drug-free workplace suffer fewer workplace accidents, have employees who don’t call in sick as often, and see an increase in productivity. Moreover, turnover rates decrease. This saves business owners time and money because they aren’t training and retraining to fill the same position over and over again. Employers aren’t the only ones who benefit though. Overall, employees working in a drug-free environment are happier and feel that their employers truly care about their well being.

Is drug testing allowed in other countries?

Some American business owners who are planning to scale their companies to a worldwide level plan to import their current policies and procedures that are currently in place to the new international sites. That’s a mistake. For instance, payroll is going to need reworking for sure. Additionally, the employee handbook is going to need to be tweaked to include cultural changes. Moreover, hiring, firing, and employee leave policies will need to be updated as well.

If the company operates a drug-free program, you need to have your key team members review drug laws in the countries where you will be expanding. For instance, Poland and the Czech Republic openly frown on employee drug testing because the governments feel it infringes on employee privacy rights. However, certain scenarios may warrant an exception. Generally, though, these governments only allow potential employers to obtain the following data from applicants:

Canada doesn’t allow random alcohol testing for its safety-sensitive employees because it’s considered an invasion of privacy as well. However, Canada does allow exceptions if there is sufficient evidence of reasonable suspicion involved. It’s also permissible to test post-accident victims for alcohol intoxification as well.

Pre-employment drug screening is generally prohibited in France unless an occupational physician recognizes signs and recommends a drug screen. While pre-employment drug tests are allowed in some European countries, drug and alcohol testing is very limited in most European countries. It’s extremely limited in diverse countries such as Chile, South Africa, and Colombia as well. It’s very important that you research drug testing requirements—or the lack thereof—in foreign countries. Testing when unjustified can result in fines and possibly even criminal sanctions in some countries.

We’ve only just touched on the drug testing requirements allowed or banned in different countries around the world. If you’re planning to open a business outside the borders of your own country, make sure to do your due diligence and find out what is permissible and what isn’t before hiring your first employee. No matter where you go in the world though, people abuse drugs there.

What’s more, they’re becoming more and more adept at cheating the system. And, they could eventually wind up with a job working for you. Following these common-sense tips should help you as you consider how to approach employee drug testing abroad.

Take time to discover the workplace laws and procedures that governing entities have in place before you set up your brick and mortar establishment. It  works in your favor because when you open your place of business, you will be more ready to meet the challenges that this new environment is sure to bring. You welcome the challenges, of course, because it means that your achieving your goal—your company is operating on an international level.

Employee drug testing isn’t as common in the rest of the world as it is in America—yet. However, it’s popularity is growing because it’s hard to deny the benefits that a drug-free workplace affords employers. It’s also hard to ignore the ever-growing problem that drug abuse has become in all nations around the world.

Promoting a drug-free workplace is one way we can fight back. If the country that you’re expanding too doesn’t allow drug testing, promote a drug-free workplace with employee education. Provide training for employees and supervisors so they know the dangers of drug abuse. Teach employees to recognize the signs of drug abuse and encourage them to report suspicious behavior to management. Hopefully, one day the world as a whole will come to understand that some things hidden away in private are best brought out into the light. It’s our best hope for expelling the darkness that is drug addiction from our lives one and for all.

The Uneasy Path of Meditation: Recommendations for Those Who Face Difficulties

What to Know About the THCB Cannabinoid?

7 Signs You Might Need an Everlasting Comfort Knee Pillow 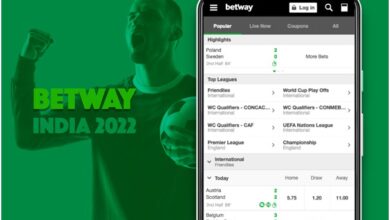