Football may trail behind cricket by some margin in India but that has not stopped Sony Pictures Networks India (SPN) from renewing its new deal with European football’s governing body UEFA.

Following the successful completion of Euro 2020 which was contested in Europe over the most recent summer due to a covid-19 induced delay, SPN has renewed its deal which will seek to cover all UEFA’s major three-tier pan-European competitions. This deal includes rights to broadcast the Champions League, Europa League, and Conference League.

SPN will also broadcast UEFA competitions such as the Youth League, Super Cup which brings its coverage to 138 matches in total. It follows viewership of Euro 2020 which reached towards and sometimes exceeded 10 million viewers per game across SPN’s Hindi, Malayalam and Bengali feeds.

Coverage of football as well as its popularity in India continues to grow with further high profile competitions such as Spain’s La Liga and the English Premier League currently being shown on Indian television networks.

SPN’s most recent deal with UEFA for its flagship competition the Champions League has been the network’s biggest coup. The Champions League sees teams from across Europe’s most high profile league’s as well as a range of Europe’s domestic champions compete for club football’s most coveted prize.

TV broadcasting, the growth of sports journalism covering football, and many of the biggest Indian betting sites now offering odds on Europe’s major leagues, have shown a ready and willing audience in India is demanding the full football package.

However, the growth of football in India has not been limited to European competition. India’s own homegrown domestic competition the Indian Super League (ISL) has reported recent increases in viewership and fan engagement.

The entrance of two high profile West Bengal based sides has further elevated the ISL’s profile with expectations high and competition fierce. In just eight years since the ISL was conceived there have been four different champions crowned, the current champions being Mumbai City.

The expansion of India’s own Super League, coupled with viewership of major European competitions and the growing thirst for football’s accessories, have all shown that the appetite for another sport in India’s already rich and varied sporting culture is clear to see.

Just how far football can climb the ladder in popularity in India over the immediate years with this renewed deal with UEFA remains to be seen. 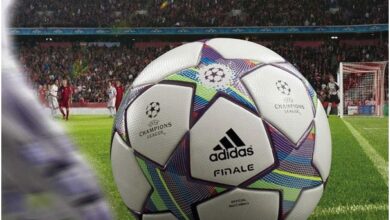