New Delhi: The Reserve Bank of India (RBI) is working on a gradual introduction of such currencies, RBI T Rabi Sankar’s vice-president said Thursday.
In a speech in an online discussion, Sankar said that the idea for Central Bank Digital Currency (CBDC) is ripe and that many central banks around the world are working towards it.
He added that the RBI is considering a specific pilot program for the proposed CBDC and is in the process of launching it in the wholesale and retail segments in the near future.
Central banks have been exploring the pros and cons of introducing CBDC for quite some time.
Sankar has ensured that RBI is investigating cases where banking systems and monetary policy can be implemented with little or no interruption.
What is CBDC
According to the RBI, CBDC is fiat currency issued by the central bank’s digital form. It is the same as fiat currency and can be exchanged one-on-one with fiat currency, but only in its form.
However, this is not comparable to private cryptocurrencies, which are in sharp opposition to the historical notion of money.
In his speech, Sankar said that CBDC is the same currency issued by the central bank, but in a different format than paper (or polymer).
“This is an electronic sovereign currency that appears as a liability (currency) on the central bank’s balance sheet. The underlying technology, format, and use of CBDC can be shaped to your specific requirements. The CBDC must be exchangeable at face value, in cash. ”
Why you need a CBDC
By developing a domestic CBDC, Sankar said that the use provided by private cryptocurrencies can be provided to the public, and within that range the public’s preference for rupees can be maintained.
“It could also protect the public from the extraordinary levels of volatility experienced by some of these cryptocurrencies,” he added.
He said the introduction of the CBDC could bring significant benefits, including reduced reliance on cash, increased seigniorage due to lower transaction costs, and lower settlement risk.
In addition, payments in such currencies are final, reducing the risk of settlement in the financial system. It also has the potential to enable more real-time and cost-effective globalization of payment systems, the vice-governor said.
Indian CBDC
In 2017, the Treasury established a high-level inter-ministerial committee to consider policies and legal frameworks for cryptocurrency regulation. India recommended the introduction of the CBDC as a digital fiat money.
He said the introduction of the CBDC could bring significant benefits, including reduced reliance on cash, increased seigniorage due to lower transaction costs, and lower settlement risk.
“The introduction of the CBDC can lead to more robust, efficient, trusted, regulated and fiat-based payment options. There are definitely associated risks, but for potential benefits. Must be evaluated carefully, “he said.
“As we move in the direction of India’s CBDC,” the Vice-President said it is the RBI’s efforts to take the necessary steps to reiterate the country’s leadership position in the payment system.
Challenges in introducing CBDC in India
The RBI Vice-President said the current legal provisions were created with paper-based currencies in mind, so the introduction of the CBDC requires a valid legal framework.
While technical issues also need to be considered, Sankar emphasized the importance of drafting board considerations and stakeholder deliberations.
Some of the key issues under investigation by the RBI include the scope of the CBDC, the underlying technology, the validation mechanism, and the distribution architecture.
He further stated that the current provisions are made with the currency in mind in the physical form under the Reserve Bank of India Act and require amendment.
He also said that the resulting amendments would be required by the Coin Law, the Federal Emergency Management Agency (FEMA) and the Information Technology Law.
“As it is said, every idea will have to wait for that time. Perhaps the time for the CBDC is near,” he said.
In addition, Sankar highlighted some of the risks associated with digital currencies, such as the sudden outflow of money from stressed banks.
“There are associated risks … but they need to be carefully evaluated for potential benefits,” he added.
(There is input from the agency)

We are working on a gradual introduction of our own digital currency, says RBI Vice President

Source link We are working on a gradual introduction of our own digital currency, says RBI Vice President 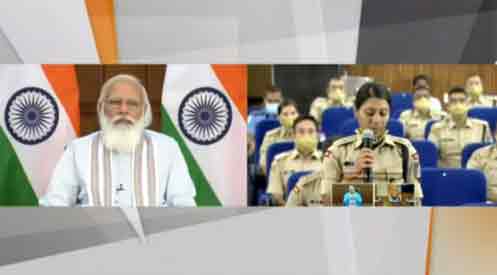