India will be part of France-led exercises “La Perouse” will be held in the Bay of Bengal in early April this year. With the addition of the Indian Navy, all quad member states (US, Japan, Australia) will be part of Baby France initiated by the Joint Navy Exercise.

France launched a joint naval exercise, La Perouse, in 2019, which included US, Japanese and Australian troops. The exercise is named after the 18th century French naval officer and explorer La Perouse.

Development is ongoing even when Australia was first invited to the Malabar exercise in 2020. Exercises conducted in the Indian Ocean saw quad nations fall under one umbrella after many years of gaps.

France has been involved with quad member states in various ways. In January, an India-France-Australia trilateral high-ranking conference was held. In September, the first trilateral dialogue at the foreign minister level took place among the three countries.

France has the world’s largest exclusive economic zone (EEZ), which includes the territories of the Pacific Ocean and the South Indian Ocean. The EEZ is a region where the country has special rights to maritime resources. France also has 8,000 military personnel in the area. In 2018, the country announced its Indo-Pacific strategy. Its main purpose was to promote a non-hegemonic, rules-based multilateral regional order. In 2020, France became the 23rd member of the Indian Ocean Rim Association (IORA). Some IORA countries have member states whose coasts are washed by the water of the Indian Ocean. 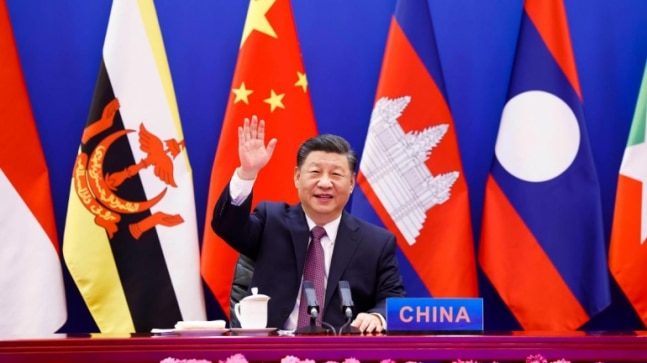 “Omicron” Covid Variant: Did WHO skip the two Greek letters to avoid “Xi”?