FC Barcelona And Chelsea are set to play against each other in the finals UEFA Champions League on Sunday. Hearing the names of the two clubs automatically creates excitement about the quality of the game. Barcelona Femení’s Assistat Oshoara argued that women’s finals would be no different than the quality men bring, and called on many to see for themselves and see for themselves that there was little difference. It was. This is the first time for Chelsea, but the second attempt for Barcelona to win a major European title.

Lyon is the current winner of the Champions League seven times, and Eintracht Frankfurt has won four times in Europe. Statistics show that Lyon has dominated the competition for years. However, the wind has changed and more and more teams are increasing their ante, becoming more competitive and leading to the evolution of the game as a whole.

“For me, the game has improved technically and tactically, because three years ago I didn’t have the same audience, so I didn’t have the same setup or everything. It’s changed a lot in the last two years and now it’s a competition. You see a lot of teams coming in, spending money, nurturing good players and bringing players to Europe, so I think women’s football has really evolved over the last two years. “. Oshoara answered the question raised by News18.com at the Barcelona Femení International Media Conference.

Oshoara was very strong as he said there was no big difference in how men play Barcelona Femení and Barca and they needed to see more women’s football to really understand it.

“I don’t think there is a difference between the two teams (Barcelona Femeni and Barcelona men). The only thing here is that people need to be more careful and watch more women’s football. By the way, this is the same Tiki-taka football. Analyzing the goal and the game, how to hold the ball, how to pass the ball, the first way to defend here is to hold the ball. This is the team’s theory. , That’s what we’re doing here, both women and men, and even the youth team, “she said.

Oshoara said the name of the club in Barcelona will automatically evoke a sense of style of play and will be the same when playing against Chelsea in the final. “You can just expect a proper, regular Barca game and style. We haven’t changed anything, we’re working on our team, and I’m Chelsea I’m sure they’re working on themselves. We’re focusing on the game plan. Both teams have top stars from around the world and it’s going to be an interesting game before and after, so I think it’s very interesting. I promise it won’t be a boring match. “

Barca and Chelsea have been in great shape this season as they have won their respective league titles. While Chelsea won 18 of 22 games, Barca remained undefeated as he won the title, scoring 128 goals in just 26 games and allowing only 5 games. The Barcelona league title seemed simple, but Oshoara claimed that the team’s attitude was always working hard and working hard to win each match.

“I’m not going to downplay the team here. Yes, we won all the games, some games were really difficult, but mentally, in every game, every competition I always told myself I wanted to win. I also go to European football, which is quite different from Liga. That’s the spirit here for us, just because we’re winning the local league. And don’t go there and have the same idea. You are meeting the stronger side who are the champions of their own league. We win all the games hard here. We Even when we win, we come to training and compete with ourselves. Winning the next game isn’t in our minds anyway. It’s not the way you’re at the top, If you want to stay there, you have to catch up as well. I want to keep winning and that attitude has led to the Champions League final. “

Oshoara also shared that the team’s spirit is on the high side in the way they play this season, but knows that Chelsea will be a tough opponent. If you want to win the Champions League final, you have to beat everyone.

Oshoara was the only goal Barca lost 4-1 to Lyon in the Champions League final before the 2018-19 season. Until two years later, Oshoara believes the team now has the experience and gir to take it one step further.

“Now we have experience with what European football is like and how such top games are played. This year, tactics, how to play, how to play, everything will improve. I think. It’s good for us to play the finals in 2019. We lost, but we’ve made some corrections. I think we’ll have a match against Chelsea in the past.

“I’ve played other top European games in the last few years. I’ve played Wolfsburg against Bayern Munich and some such games. So that’s just an experience. We were two years ago. It’s a better team than, don’t expect to see the same Barca, “Oshoara firmly said.

The 14 members of the current Barca team also joined the team in the 2019 Champions League final. Oshoara believes that the fact that this team has been together for a long time only helps. “We have the same team, we just keep getting better. I think it really helps in the finals.”

Oshoara admitted that having no fans in the stadium, especially for such an expensive match, was “boring”, but said everyone understood the need for current restrictions. I want to support from the TV and do my best.

Regarding her own contributions, Oshoara said her personal playing style was “quite different” from that of the team, but sometimes in big games with big opponents, the team evolved to adapt to the game. , You need to change your playing style That’s her turn. “I think I’m here because I’m a good finisher and the movements in the box are definitely timed. So for me it’s a team that might be the finish and the speed might be different. It’s a normal style, but some games need it and I bring it to the team. “

Source link Prior to the Champions League final, Barcelona’s Oshoara calls on more people to watch the match 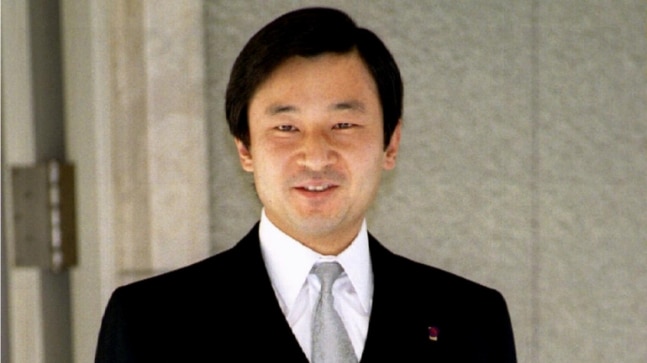