Wilmington: President-elect Joe Biden broke his right leg while playing with one of his dogs. Doctors say they will need to wear boots for a few weeks after a Sunday scan found an injury.
Biden was injured on Saturday and visited an orthopedic surgeon in Newark, Delaware on Sunday afternoon, his office said.
“There were no obvious fractures on the first x-ray,” medical staff ordered a more detailed CT scan, his doctor Kevin O’Connor said in a statement. Subsequent scans found small fractures of two small bones in the middle of the right foot, O’Connor said.
“It is expected that he will probably need walking boots for a few weeks,” O’Connor said.
Fractures are generally a concern as people grow older, but Biden appears to be relatively mild based on his doctor’s statement and planned treatment. He will be the oldest president at the age of 78 when he takes office in January. He often rejected questions about his age during the campaign.
Reporters reporting on the presidential election were not given the opportunity to see Biden enter the clinic on Sunday, despite multiple requests. When he left the doctor’s office and headed to the Imaging Center for a CT scan, Biden was visibly limping, even though he was walking without crutches or other assistance.
Biden was injured while playing with Major, one of Biden’s two dogs. They adopted the major in 2018 and won the first dog, Champ, after the 2008 election. Biden says he plans to take his dog to the White House and keep a cat.
Last December, he released a doctor’s report revealing that he was taking statins to keep cholesterol at healthy levels, but his doctor made him “healthy and active” and “a presidential mission.” Is suitable for successfully performing. ” 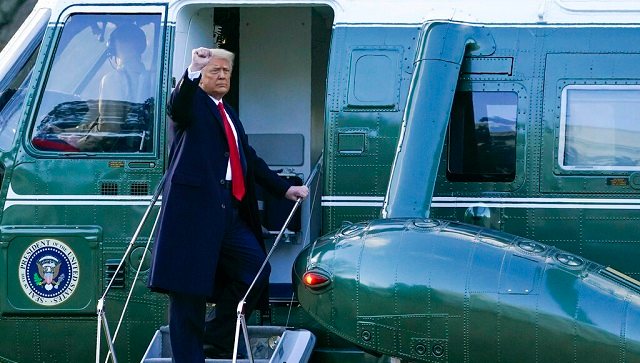 “Trump will go down as a complete failure”: Mitch McConnell, a proud boy among major supporters abandoning the former president

Norway is ready to reduce Pfizer / BioNTech vaccine in February