Reactions to the launch of the new iPhone, memes and bullying flooded the Internet every year, and this year was no exception. Google, a rival to Apple, a Cupertino-based electronics maker that just launched the new iPhone 13, sent a secret message.

Why is it secret? Google tweeted about its next flagship smartphone, the Pixel 6, through its “almost dead” Nexus Twitter account.

According to a 9to5Google report, a tweet was sent from Google’s Nexus account shortly after the iPhone 13 went on sale on September 14. Wait for # Pixel6.

Prior to that, the @ GoogleNexus account sent a final tweet on October 16, 2017 about exchanging an old smartphone for a Pixel 2. A more substantive post on August 31st announced the launch of Android Oreo. However, I continued to reply to customer support @mentions until July 14, 2019. As it is no longer in use, the verified account will be private later that year and will display a banner that directs the user to @madebygoogle.

Google’s Pixel 6 smartphone will arrive later this year, according to reports, and will directly compete with iPhone 13 features in the flagship section of the smartphone market.

In addition, Google recently released its first Pixel 6 teaser. Using the “For All You Are” tagline, the 30-second video gives the viewer the first real, unrendered glance of the hardware.

Teaser introduces mobile phone design, some elements of Android 12, and the new Tensor chipset. The video was posted to the official YouTube account of Made by Google.

First, turn up the volume (using the new slider UI in Android 12) and ask, “What if my smartphone wasn’t just smart?” Spliced ​​in between is a shot of someone picking up a face-down Pixel 6 Pro in gold.

“What if your phone saw you about who you are?” Comes with four clips of people who have a Pixel 6 in different color variations: Gold 6 Pro (again), White 6 Pro, green / teal 6, orange 6.

Google Pixel 6 and 6 Pro feature a Tensor chipset combined with up to 12GB of RAM and up to 512GB of storage.

Google hasn’t yet confirmed the release date for the Pixel 6 series, but some Teaser clock widgets, according to a 9to5Google report, suggest that it will be available on October 19th.

So far, the company has only stated that the phone will arrive “late this fall.” Rumor has it that the new Pixel smartphone will be available for purchase starting October 28th.

Input from the agency 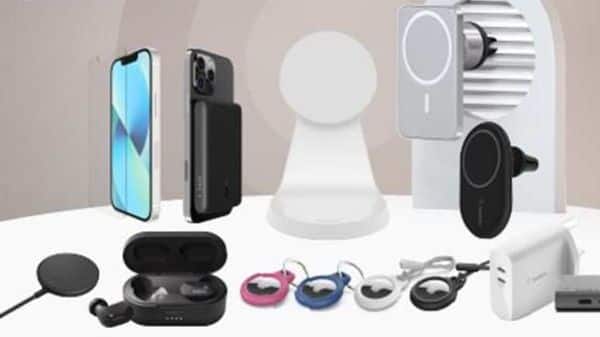 The Nokia C30 was launched with a 6.8-inch display and a 6000mAh battery.Check prices and other details