Although the 2020-2021 English Premier League season, the 29th edition of the Premier League, is yet to wrap up, we can’t help but wonder about the next season.

The 2021-2022 Premier League season will be the 30th of its kind, also the third season featuring the VAR system. It will start from 14th August 2021 and last till 22nd May 2022. The 2019-2020 and the 2020-2021 seasons have been tough for football. The COVID-19 pandemic disturbed the former’s schedule and kept the fans away from the latter. Hopefully, things will get back to normal in the following season.

There are several levels of football in the English football league system, and the EPL is on the top. It features 20 clubs, playing 38 matches throughout the season, competing for the league trophy, a champions league spot and various other achievements. The EPL is the most-watched sports league globally and a major contributor to the popularity of football.

Did you know that the Premier League attracts one of the highest numbers of sports betters? Along with La Liga betting, it brings a lot of bookmaker offers in South Africa excitement to the table. Check out MightyTips for crazy La Liga betting tips.

History of The English Premier League

Prior to the EPL, the top tier division was called the Football League First Division. It was one of the oldest leagues in football and any sport, existing since 1888.

An increase in football hooliganism, inadequate facilities, deterioration in English football quality, and an imminent European football ban were some factors that led to the proposal of a new league. The proposed league was also seen as a potential source of televised screening, maximizing revenues by commercializing English football and bringing better football to the world.

22 members or clubs resigned from the First Division in May 1992 and paved the way for the inaugural season of the English Premier League in 1992-1993.

The Premier League features 20 football clubs that play 38 games throughout the season. Each team faces an opponent team at their home stadium and the away stadium. Without question, the team with the highest points at the end of the season is crowned champion. The top four finishing teams in the league qualify for the UEFA Champions League group stages.

Three teams with the lowest points in the league are relegated to the bottom tier, the Championship. In their place, the top two teams from the Championship are promoted to the Premier League, and a third team is selected after play-offs between the third, fourth, fifth and sixth ranking teams.

The Premier League is also home to two Welsh football clubs, Swansea City and Cardiff City, despite these clubs being members of the FA Wales.

With the current status of the 2020-2021 Premier League season, we can confirm that the following clubs will remain in the Premier League:

On the other hand, Sheffield United is relegated to the Championship. Norwich City and Watford are promoted to the 2021-2022 Premier League season.

The trophy features a golden crown and malachite plinth base. The main body features sterling silver gilding, and the trophy’s design derives inspiration from the “Three Lions,” which is also a symbol of English football. Royal Jewellers Asprey of London designed the trophy.

Can you think of any other league or sport that is as nail-biting, competitive and influencing as the English Premier League?

We cannot help but anticipate how the remaining fixtures of the current season will turn out, who will end on the top, and who will see a heartbreak.

If you are interested in eye-catching football stories, news, and trivia, this page is just for you.

Watch: Virat Kohli actively celebrates after all ticket gates in the WTC final 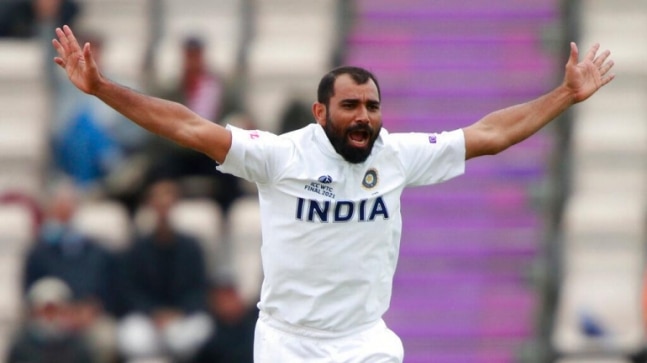